The Madison Maennerchor is the oldest German singing organization in Wisconsin and the second oldest in the United States. It was founded in February of 1852 by twelve Madisonians of German descent who were accomplished musicians and lovers of singing.

Since its founding, the Maennerchor has continuously rehearsed and held public concerts. The only exception was during the Civil War when many of the members joined the Union Army. The years after the war were highlighted by many memorable events. Two special occasions were the Saengerfest of 1881, attended by 1200 singers and 5000-6000 guests and a midnight serenade in 1887 for President and Mrs. Grover Cleveland.

Over its history, the Madison Maennerchor has had to endure some difficult times. Among the most difficult were the two World Wars in which many of the younger members served, and the fire in 1940 which destroyed the Turner Hall and many of the Maennerchor’s treasured possessions.

Though membership dropped below 20 in the early 1960’s it stabilized at about 40 members with the addition of post war German immigrants and new singers from the Madison area.

The purpose of the Mannerchor since 1852 has been the perpetuation of both German and American choral music, along with good fellowship or “Gemuetlichkeit”. The group continues in this tradition participating in local cultural events and by presenting concerts for the Madison public and residents of area nursing homes. New members are always welcome to come and join in the fun.

All of the German choirs in Wisconsin compete in an annual singing contest or Kommers. The Madison Maennerchor has placed first many times, most recently in 2015. Our choir is currently under the direction of Garrett Debbink.

The Madison Mäennerchor has its own website with tons of information about the group including upcoming events and information on becoming a member. 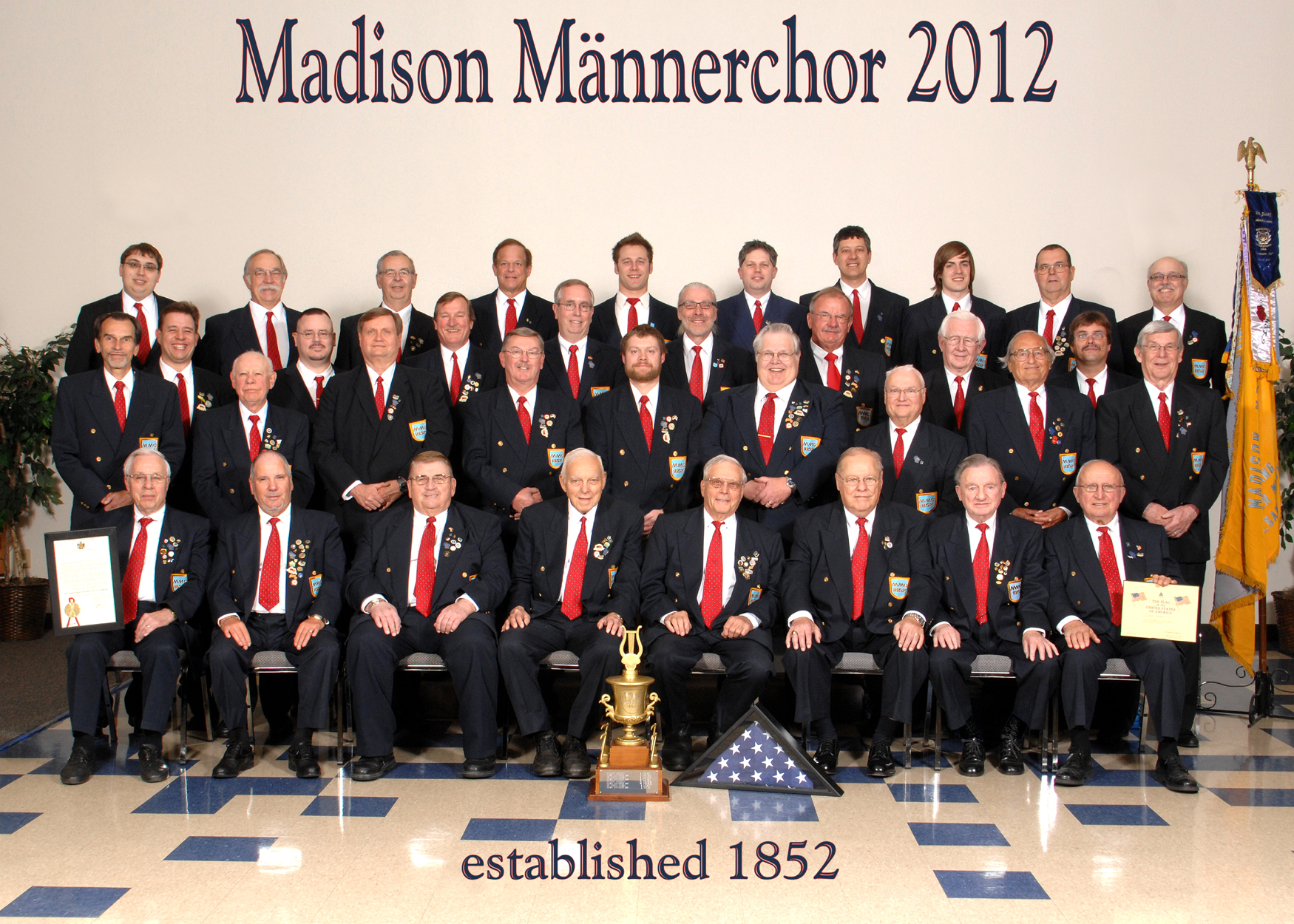